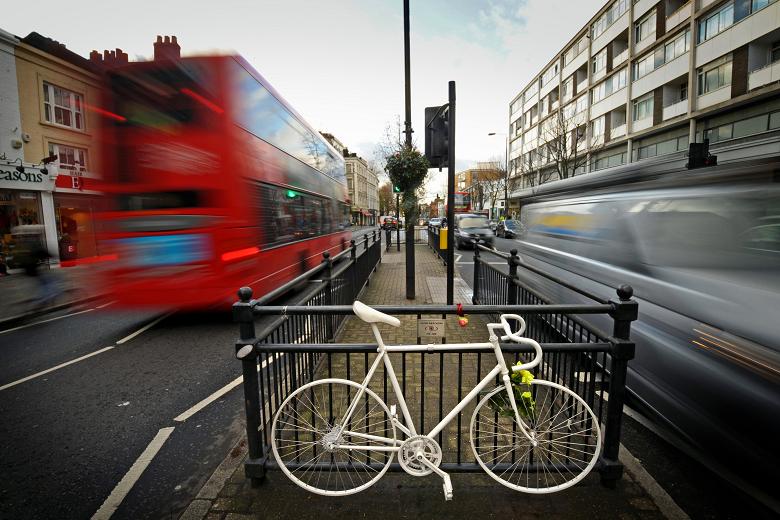 You may be surprised, but Belarus is really a unique country.

1) According to the traffic rules, a bicycler should move on the sidewalk. It is allowed to move along the driveway if there is no sidewalk or in case/if the movement on it is impossible. What is “the movement on it is impossible” the traffic rules do not specify. That’s why, in big cities with intensive traffic flow only a small number of bicyclers move along the driveway, and the police imposes fines on them from time to time.

The problem is that very few sidewalks have been adapted for bicyclers. There are still too many high curbs in cities. Thus, biking on sidewalks with heavy luggage is very inconvenient. So, in this case it’s up to you to decide where to ride – on the sidewalk, or along the driveway.

In our opinion, in small towns that restriction is paid little attention to. Moreover, in small towns sidewalks are, as a rule, in worse condition. So, you shall take the pattern by the locals – how they ride.

2) The other restriction is even more questionable.

Bicyclers are not allowed to cross driveways on their bike if the crosswalk the bicycler is going to use is not identified as a bicycle-crossing. In such a case bicyclers have to dismount and cross the driveway on foot, pushing the bike beside themself. 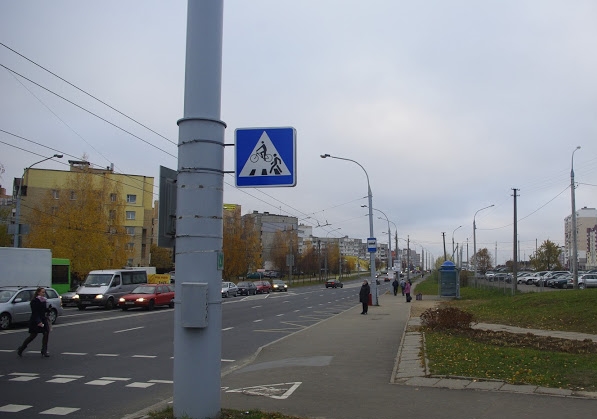 This is a common crosswalk: 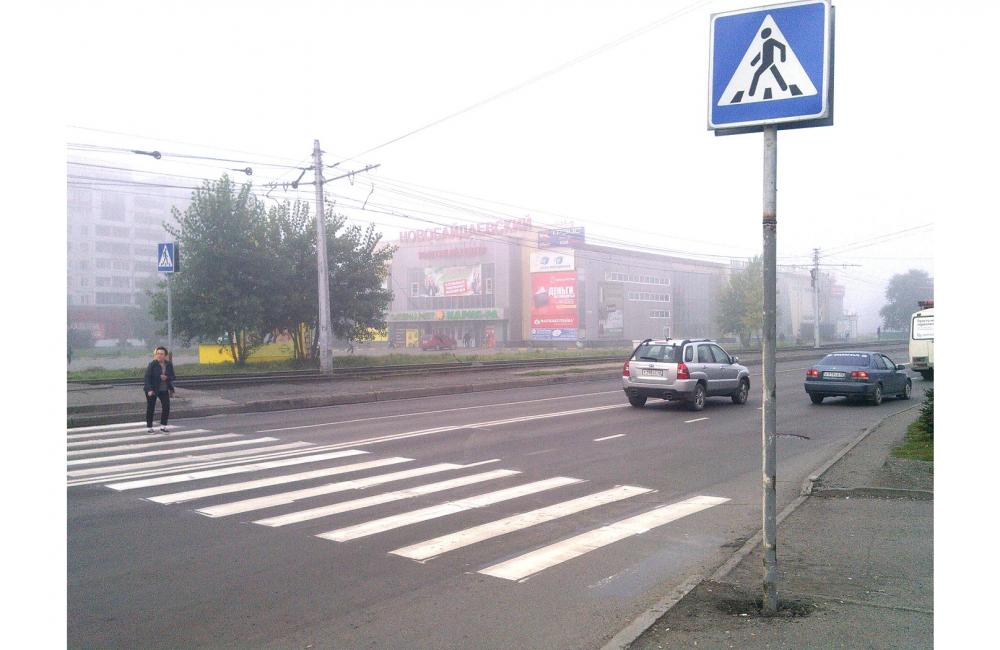 90% of bicyclers ignore that restriction. However, one shall remember that a fine is not at all an unlikely scenario. Thus, withhold from crossing a driveway on your bike if police is nearby.

3) The road rules have following requirements to bicycles:

“Bicycle must have intact brake system, steering system and a sound signal, as well to be equipped with rear-view mirror, with white reflectors in front, red in rear and on each side of bicycle – orange reflectors .”

A very small number of bikes have a rear-view mirror or side reflectors. Nevertheless, for this violation cyclists in Belarus are usually not fined.

Also at night a cyclist must have have an enabled flashlight and in front and in rear.